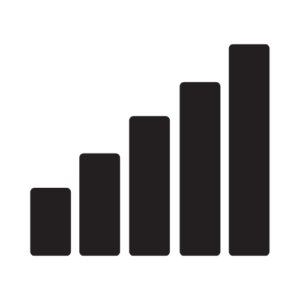 The Behaviourally Anchored Rating Scale (BARS) is a rating system for measuring employee performance and is considered an accurate approach.

BARS focuses on specific, key behaviors, allowing it to measure almost any skill or competency.

Note that Anchors are generally derived from the critical incident technique (CI).

What Is The Critical Incident Technique?

Dr. Kurt Lewin developed the CI method starting in the 1930s.  He believed that people were more likely to change their behavior when they knew what others around them were doing.

He also believed that people would change their behavior if they could see how others behaved.

Dr. Lewin created a series of questions that asked people about specific situations where they had observed someone else behaving in a certain way.

These questions were designed to help people identify the situation, understand why the person acted this way, and then make changes to improve their behavior.

How Do you Use BARS?

For best results, employees and managers should then collaborate on addressing any areas requiring improvement, and then the observation and scoring process is repeated.

What else would you like to know about the Behaviorally Anchored Rating Scale?

We use cookies on our website to give you the most relevant experience by remembering your preferences and repeat visits. By clicking “Accept”, you consent to the use of ALL the cookies.
Do not sell my personal information.
Cookie settingsACCEPT
Manage consent

This website uses cookies to improve your experience while you navigate through the website. Out of these, the cookies that are categorized as necessary are stored on your browser as they are essential for the working of basic functionalities of the website. We also use third-party cookies that help us analyze and understand how you use this website. These cookies will be stored in your browser only with your consent. You also have the option to opt-out of these cookies. But opting out of some of these cookies may affect your browsing experience.
Necessary Always Enabled
Necessary cookies are absolutely essential for the website to function properly. These cookies ensure basic functionalities and security features of the website, anonymously.
Functional
Functional cookies help to perform certain functionalities like sharing the content of the website on social media platforms, collect feedbacks, and other third-party features.
Performance
Performance cookies are used to understand and analyze the key performance indexes of the website which helps in delivering a better user experience for the visitors.
Analytics
Analytical cookies are used to understand how visitors interact with the website. These cookies help provide information on metrics the number of visitors, bounce rate, traffic source, etc.
Advertisement
Advertisement cookies are used to provide visitors with relevant ads and marketing campaigns. These cookies track visitors across websites and collect information to provide customized ads.
Others
Other uncategorized cookies are those that are being analyzed and have not been classified into a category as yet.
SAVE & ACCEPT
English
English Bahasa Indonesia Български 简体中文 Deutsch Ελληνικά Español Français Italiano 日本語 Magyar Polski Português do Brasil Русский Suomi Türkçe